The big day has finally arrived! Midge and Sam’s wedding day is here. Midge’s aunt Noa has come all the way from Israel, since Midge’s parents died some years before.  Midge is grateful but doesn’t want to hurt her since she remembers that she promised Sasha that she would be Midge’s only attendant. Midge broaches the subject with Sasha cautiously.

“Sweetheart, remember when I promised that you would be the only person with me today, to lead me to the huppah?”

“Yes, Midge,” says Sasha. “But now that Aunt Noa is here, shouldn’t she come too?”

“Oh, Sasha, you are an angel!” exclaims Midge in surprise.

“That’s because they were sisters,” says Midge.

The blessings are said, the wine is sipped…

And then, the part Sasha likes the best…

After the ceremony, the newlyweds have a few minutes alone together. Midge is the first to speak.

“Darling, I have something to tell you, a surprise I have been keeping for a little while. Think of it as my wedding gift to you.”

“What is it, Midge?” Sam asks eagerly.

Sam picks Midge up and swings her around in his excitement. “Oh, Midge, I am so happy!”

A perfect day for the happy couple. 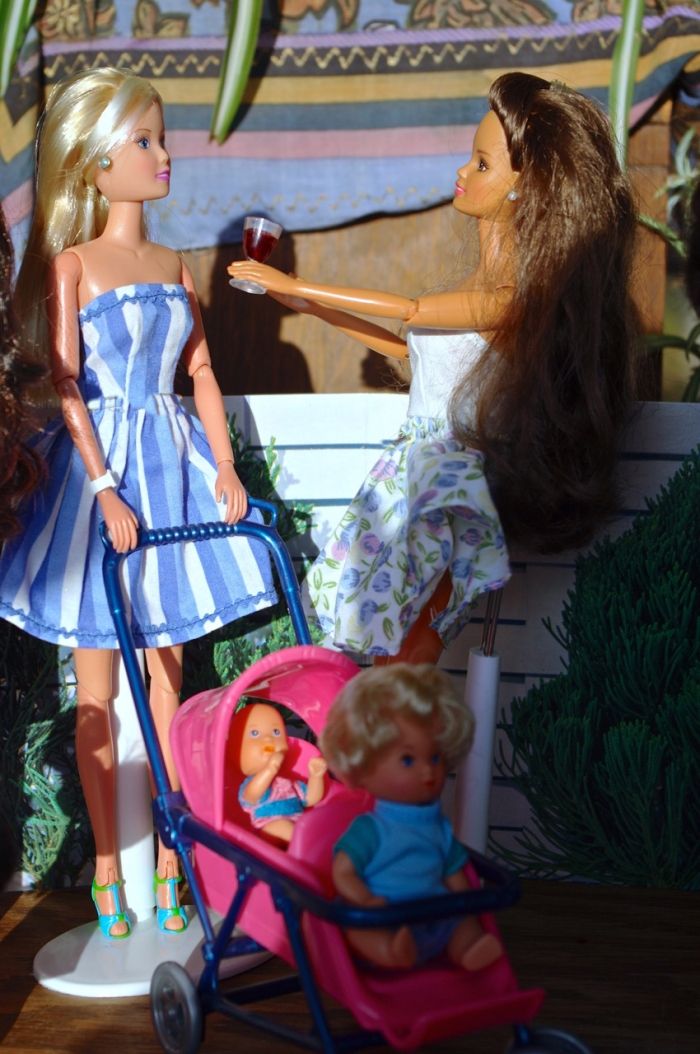 A wedding reception is the perfect place to meet old and new friends. Steffi is happy to see that Esmée is there with Layla. She’s always glad to have someone to talk to and it gives Evi a playmate so that Steffi can relax just a little. Kevin has headed off to the bar and said he will get her a drink. Their gift to Midge and Sam is an open bar and Kevin’s  younger brother Alistair is the bartender. He’s just recently arrived from Germany. 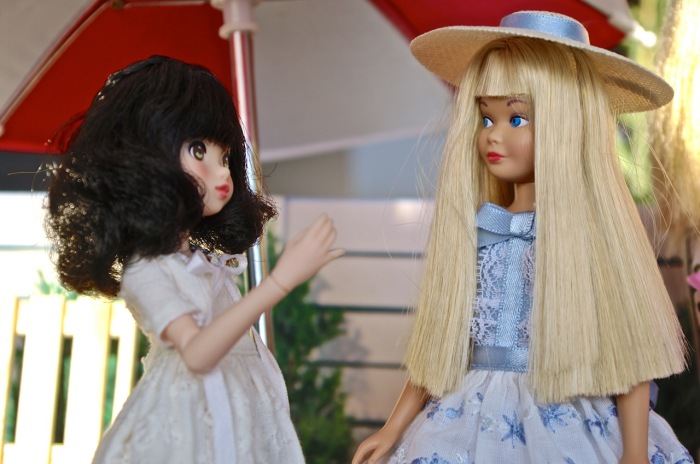 Skipper is happy to see newcomer Ruruko is here with her older sister Cho.

Cho, Yuki’s older sister, and Claire were best friends at university. Cho moved back to Japan after she graduated and they haven’t seen each other in person in years, although they have kept in close touch via social media and Skype. They are thrilled to be together again. 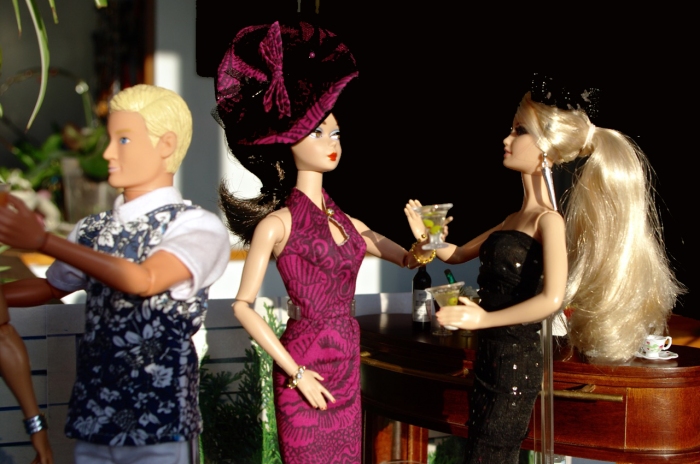 Amy and Ivana sip martinis and admire each other’s headgear. But who is Kevin chatting to? Has he forgotten Steffi’s drink?

He has indeed. He’s had a pint for himself and never thought of Steffi at all. Noa Greenbaum, Midge’s aunt, is acting as hostess. Kevin has always loved an athletic woman, which is how he originally fell in love with Steffi. Four children later, Steffi no longer attracts him. Never mind that he is far from fit himself, especially since opening the pub. Noa is probably ten years older than he is, but Kevin thinks she is the hottest thing he’s seen in ages. Those tight muscular arms! He can only imagine what she looks like under that dress. He gives her the glass of wine meant for Steffi, who is completely forgotten. But behind him, Ivana has noticed and tucked that scene into her brain. The Panenka sisters can’t stand Kevin. 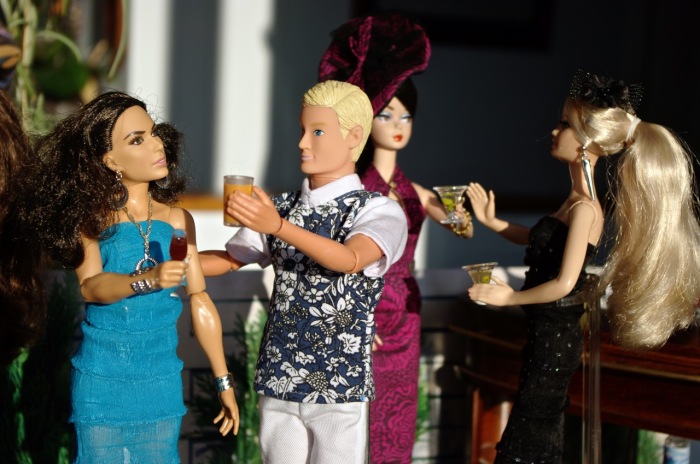 Don’t miss the next episode!

A collector's motley crew of dolls

A blog about life, motherhood, and waking up.

My Joyous Feature
Welcome to cutieerica.com!

A play adventure blog with Barbies

the miniature life you dream about

Bouncing on the clouds with a bit of homeschooling

This WordPress.com site is the bee's knees